France The Silent History of the Deaf, Histoire_silencieuse_des_Sourds, 2019 (FR)

The Silent History of the Deaf was the first exhibition on deaf history and French sign language taking place from June 19, 2019 to October 6, 2019 at the Panthéon in Paris.

It was "an introduction to the history of the Deaf with its periods of progress for education and integration, its great figures of educated and committed deaf-mutes like Jeanne Stuart or the architect Étienne de Fay, the creation of the first deaf association in Paris in 1836 by Ferdinand Berthier [as well as] its periods of regression, with the rise of eugenics at the end of the 19th century and in the 20th century”.

Yann Cantin, doctor in History at the School of Advanced Studies in Social Sciences (EHESS) and lecturer at the Paris-VIII University of Vincennes-Saint-Denis, presented the exhibition as scientific curator, thanks to the support the Center des Monuments Nationaux, the National Institute for Deaf Youth, the International Visual Theater and the Friends of Abbé de L'Épée association.

After the exhibitions The Power of Signs, organized at the Sorbonne in 1989, then A corps et à Cri, at the National Institution for Young Deaf People, in 1991, the Silent History of the Deaf exhibition is the third exhibition on deaf history. . But the first in a historical monument of importance.

The first preparations began around 2015 when the association Les Amis de l'Abbé de l'Epée made a request for the pantheonization of the Abbé de l'Epée. Faced with the difficulties of doing so, in particular the presence of the remains of the abbot in the church of St-Roch, Philippe Bélaval proposed the idea of ​​organizing an exhibition at the Panthéon. After reflection, the year 2019 was chosen.

In July 2019, Yann Cantin joined the team to organize the exhibition as curator. It proposes to structure chronologically from the Middle Ages to the present day, highlighting the most important aspects of deaf historiography.

The exhibition was inaugurated on July 18, 2019 in front of more than 800 guests from different backgrounds. This is the first time that a speech has been delivered there in LSF.

The exhibition is organized in chronological sections with 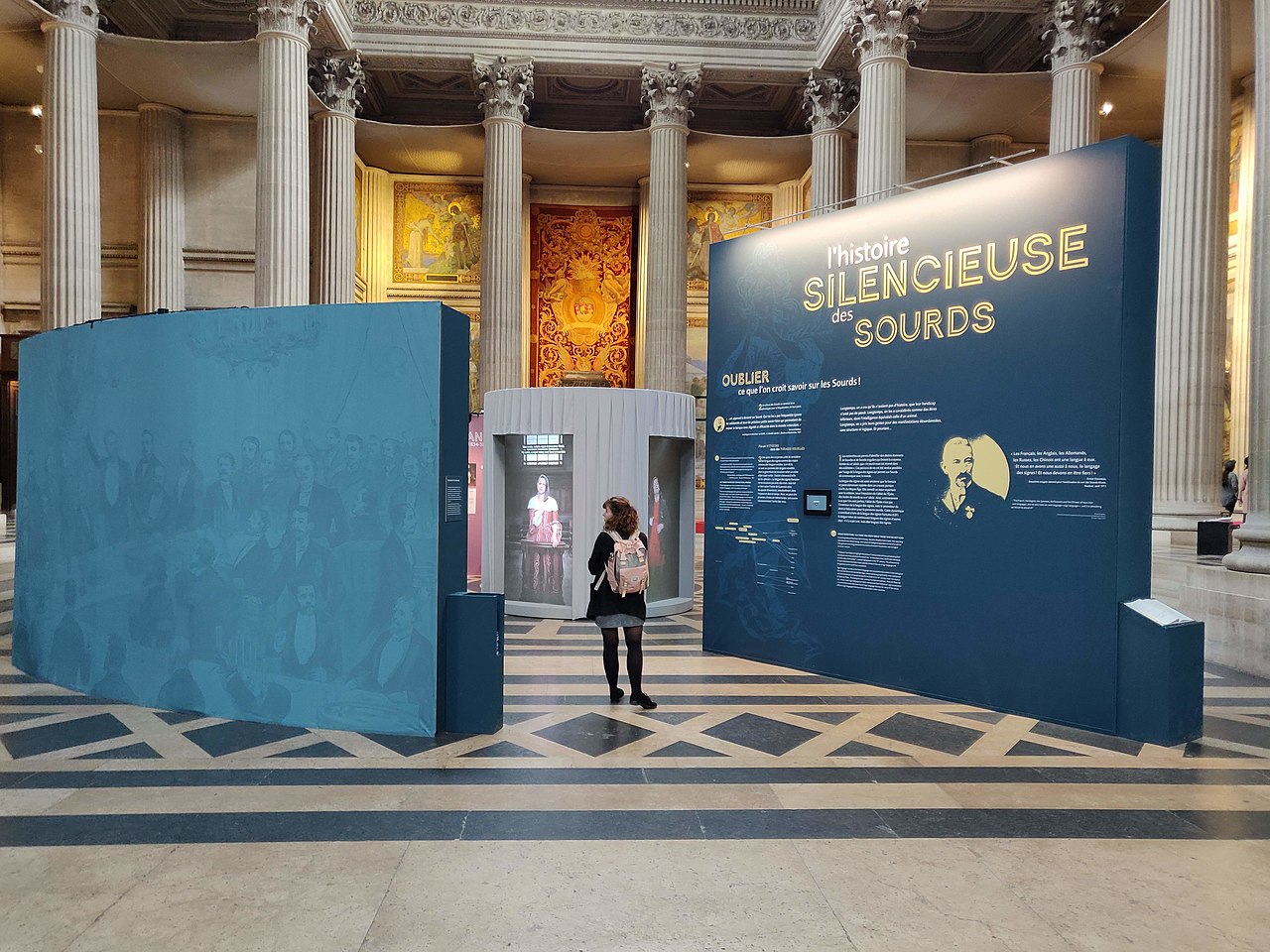