Sign languages are natural languages each with its own lexicon and grammar. Sign languages have in common that they use the hands, face and body as 'articulators'.

The social model seeks to uncover and change how institutions and cultural norms disable individuals due to lack of understanding, acceptance, and accommodation." 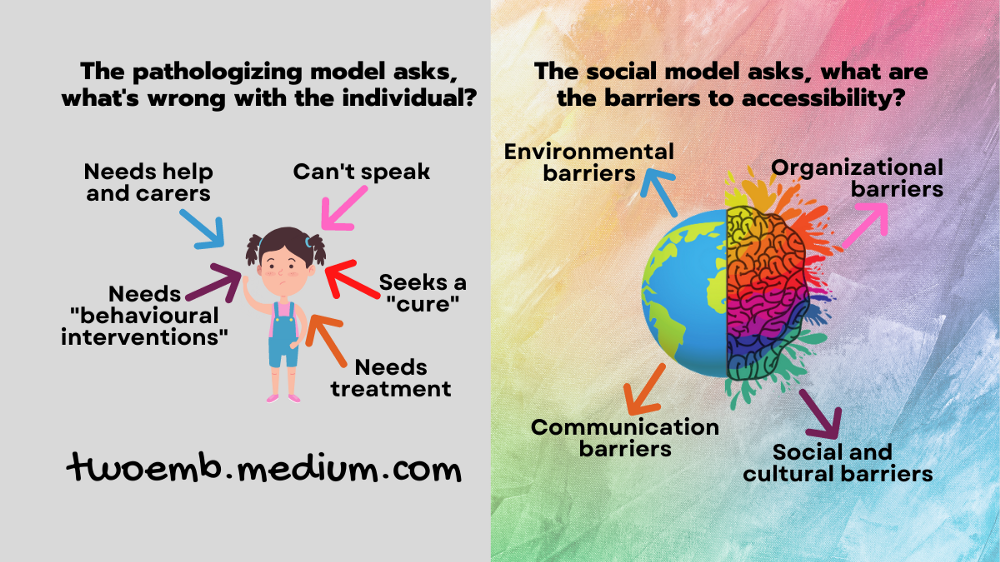 Text and illustration by Jillian Enright: The Social Model of Disability, 2021

A sponsor is a person or organization that pays for all or part of the costs for an event or product, in return for advertising.

To sponsor: to pay for all or some of the costs of an event or product, in return for advertising.

"The Subaltern perspective stands for understanding the society through conditions of subordination of people belonging to the different caste, class, age, gender, race etc.

It seeks to present an alternate image of society through the viewpoint of the masses usually unrepresented. It seeks to restore a balance by highlighting the role of the masses as against the elites in political and social movements .

It treats peasants, tribal and other marginalized sections of the society as the makers of their own history ."