Piet Borneman, Curator of the Museum of Deaf Education, NL

Interview with Piet Borneman, Curator of the Museum of Deaf Education in the Netherlands

The Institute for the Deaf

The Institute for the Deaf opened in Gemert in 1828. In 1840, it moved with 46 deaf students to the Nieuw Herlaar Castle in Sint Michielsgestel. In 1910,it moved to the main building in Sint Michielsgestel. There, it became the largest Institute for the Deaf in the Netherlands. In 2003, after a merger, the name changed to ViaTaal, and in 2009, after another merger, it became Royal Kentalis. Kentalis now is in charge of over 100 schools and facilities all across the country, with over 4500 employees. 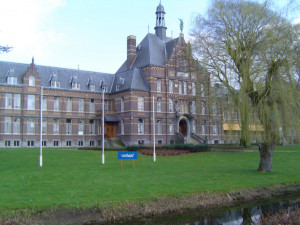 The Institute for the Deaf originally was a catholic institute, run by the ‘Brothers of Maastricht’. The main building had 2 chapels, one for boys, one for girls.

The Museum for Deaf Education was housed in the old chapel for boys.

The opening was in 2015, on the occasion of the 225th anniversary of the education of deaf children in the Netherlands. The Museum closed down, early 2021.

For the past years, the main building had been used as the head office of Kentalis, but the building became too expensive to maintain, parts of it had to be sold. The Museum was closed down, the archives and exhibits were put in storage.

In this article, we will tell the story of the Museum. How did it start? What was exhibited? How many visitors were there? What lessons were learned?

And of course, the main question: what will happen to the Museum? You will find that the story of the Museum of Deaf Education only has a few main characters. A small number of people determined what happened. Or did not happen.

The hero of the first part of the story, how it all began, is Piet Borneman. He worked at the Institute for the Deaf as the head nurse from 1982. Until his retirement, Piet had his office in the main building of the Institute. One day, many years ago, one of the assistants came to his office with 3 small disk-warmers. She didn’t know what to do with them, throw them out? “No”, Piet said. “I’ll take them” and he put them under his flowerpots. This is how Piet became a collector of artefacts.

In 2003, a secretary came to him and asked: “Do you know where the painting of Monseigneur Mutsaerts is, apparently we had it on loan and they want it back.” Piet remembered the painting, but didn’t know where it was. He searched the basement, the attics, the many rooms of the building, but couldn’t find it. That was the message the secretary told the owners of the painting: “Sorry, we can’t find it but we will keep looking.” Two years later, they called again: “Surely you have found it now?” Well no, because they hadn’t really been looking.

Piet went treasure hunting again, looking for the lost painting. Eventually he found it way up high in an attic behind the clock of the building. Not just one painting, but several, some of them badly damaged.

The painting that had been on loan was returned to the original owners. And Piet went to the director of the Institute with a proposal:  ”If you give me a dry and safe place somewhere in the building where I can store the other paintings, I will describe them, as well as other interesting artefacts that I can find.”

He got his room, he started his collection. In later years, other Deaf schools contacted him, for instance when they had to move: “We have a lot of materials here, if you want them you have to come and get them before the end of the week or they’ll end up in the bin.” Piet went, his collection grew.

Piet found some like-minded people outside of the institute, all experts in this field. An architect, a restorer of paintings, an engineer. Together they made a design for a Museum of Deaf Education where the growing collection could be exhibited. Piet told him to dream big. The result: a plan for a Museum that involved excavating the basement, a huge picture window, and a parking garage. A model was built, the plans were presented to the supervisory board of the institute .But the board said no. A Museum was not part of Kentalis’ assignment, The chairman vetoed the plan and any future plans, for a Museum on the premises of Kentalis. Piet’s model ended up in the trash can.

Piet didn’t give up, but continued to plan an exhibition to display his collection, because an exhibition is not a Museum, is it?

In the end, he won. In 2015, when Kentalis celebrated the 225th anniversary of deaf education in the Netherlands, there was a festive opening of the exhibition in the boys chapel. It was called the “Museum of Deaf Education”. Piet’s perseverance had paid off.

The Museum as it was 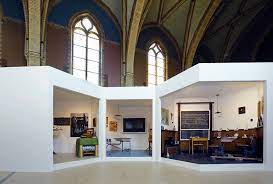 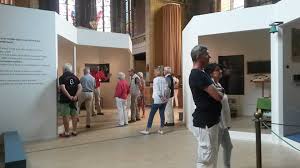 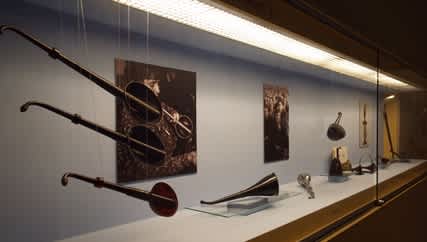 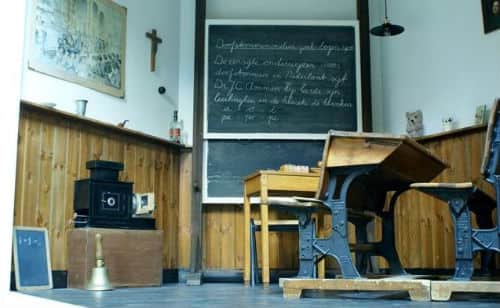 Click here for a virtual tour of the Main Building

The Museum was located in the boys chapel, part of the main building of the former Institute for the Deaf. Honeycomb display units were built to show different aspects of the education of deaf children. One of the units showed a classroom as it was in the 1900’s, a second room showed a classroom in the 1970’s. In a blackboard, a monitor was inserted that showed a video of various schools for the deaf at that time.

Other units displayed audiological instruments, hearing aids through the ages. One room was dedicated to the education of deaf-blind children.

In the end, almost 75% of the collection was from the Institute for the Deaf, only 25% from the other schools for the deaf. Mainly because the Institute had been in the same location for so many years, and because it had a lot of room. And of course,. Because this is where Piet Borneman was, who had become known as the collector of artefacts and documents.

One of the exhibits was a diary made by the father of one of the pupils, documenting the trip that some girls made to Rome, in 1950. It was given to Piet, because otherwise it was going to be thrown away. A document, saved from the bin, as were so many of the other documents and artefacts that Piet collected. 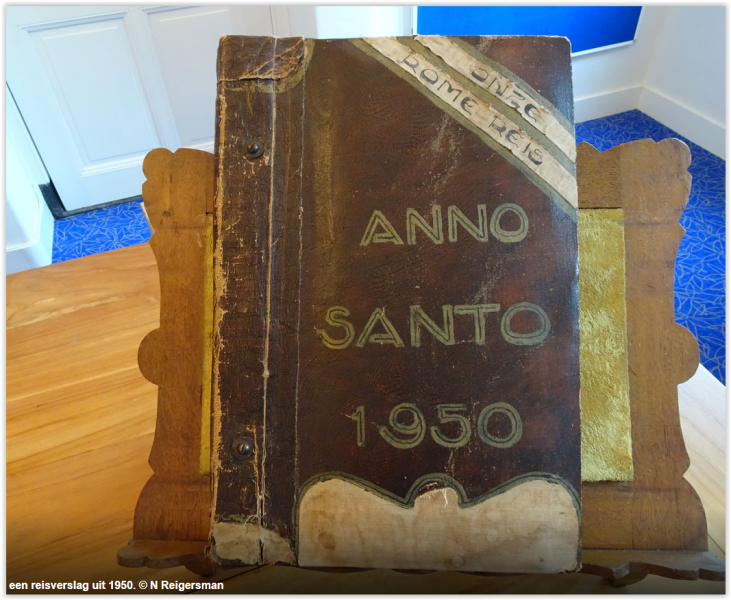 As a result, the story told by the Museum was, in the main, the story of the Institute for the Deaf. It didn’t take sides in any of the discussions: oral versus sign language, special education versus mainstreaming.. Piet’s ambition was to document and illustrate the history of the Institute for the deaf and other schools for the Deaf in the Netherlands. The story was told from the perspective of the teachers and the Institute. Former students had not been involved in the setting up of the Museum. They may have contributed some artefacts, but their stories and their memories  were not included. Of course, when former students or other deaf people visited the Museum, these stories and discussions were an important part of the visit.

Piet became the hero of the second part of this story, as well: the actual running of the Museum. The Museum could be visited by appointment. On Tuesdays, it was open to the public. Visitors came from all over the Netherlands, often arriving in buses. Not only deaf people, deaf clubs, but many groups of hearing people as well.

The Institute for the Deaf had been a famous institute in the Netherlands, and of course the building was an attraction of its own.

Visitors were charged 4 euros per person, and could choose one of 3 tours. Piet was assisted by 5-6 volunteers, all old employees of the Institute. But he was the main tour guide. Over 2500 persons used to visit the Museum of Deaf Education per year. When the Museum had to close its doors because of Corona in 2020, there was a waiting list of 800 people.

Financially, the Museum was made possible because it could use the chapel of the Institute for the Deaf free of charge, because Kentalis paid for incidental costs, and because it was run by volunteers. There were no paid employees.

Also, there was no income, other than the 4 euros admission charge. There was no cafeteria or restaurant, only a coffee pot and paper cups. There was no Museum shop, not even a website.

The Museum of Deaf Education was financially dependent on Kentalis, the main organization of deaf Education in the Netherlands, and of course on Piet Borneman and his team of volunteers.

When Kentalis put the main building of the Institute for the Deaf up for sale in 2019,

Piet was told that the Museum had to close down. He had to pack up his collection: the artefacts and documents that he had collected over the many years. Again, he was helped by volunteers.

At the moment, the artefacts are in storage, a volunteer, again a retired employee, is describing and indexing the very large written archives.

At this point, October 2021, the future of the Museum of Deaf Education and its archives is unknown. Several people have expressed their concern and have stressed how important  it is that this part of Dutch History, of the history of deaf education, of the deaf community in the Netherlands is preserved and shared. Hopefully, their efforts will pay off and a new location for the Museum and the archives will soon be found. Piet handed in his resignation as curator of the Museum in December 2020. But he was still on site to give me a tour of the empty Museum, in October 2021.

A happy ending for this story? A new hero stands up to take over the task of Piet Borneman. The two heroes together festively open a new Museum for Deaf Education, somewhere in the Netherlands. 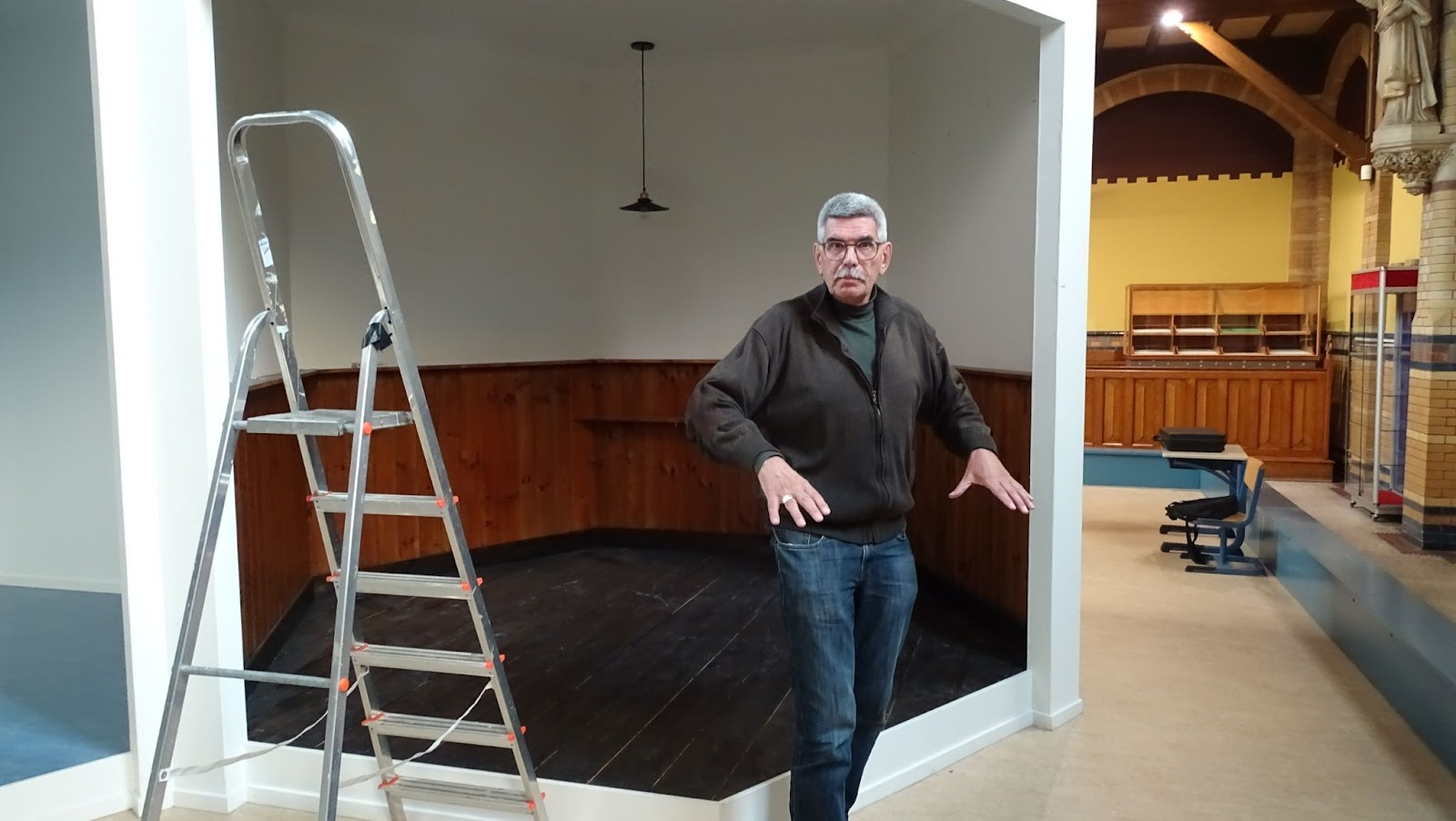 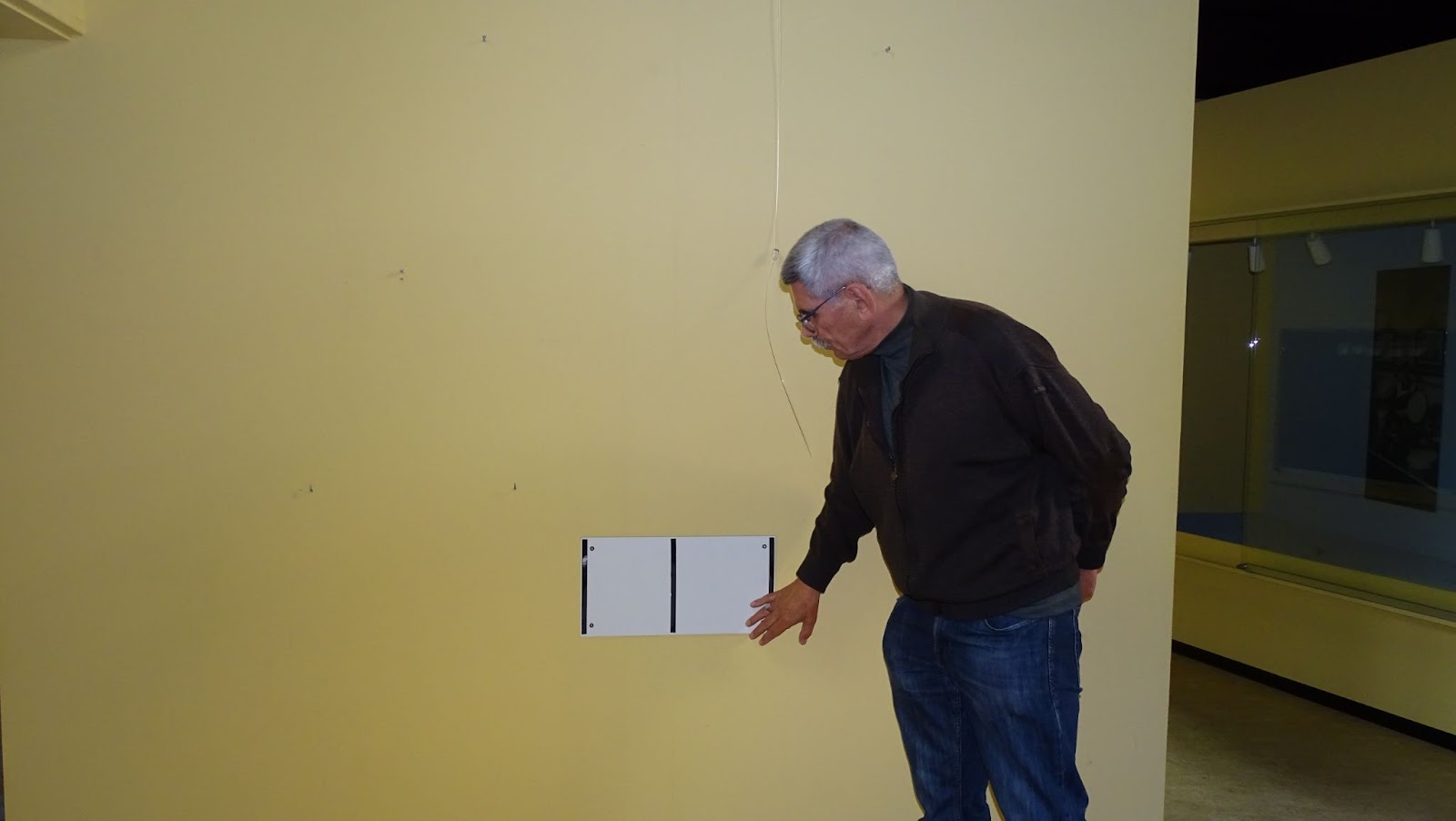 Kentalis is looking for a professional curator for 4 hours per week, to coordinate the activities of the volunteers and to plan future exhibitions. To be continued!